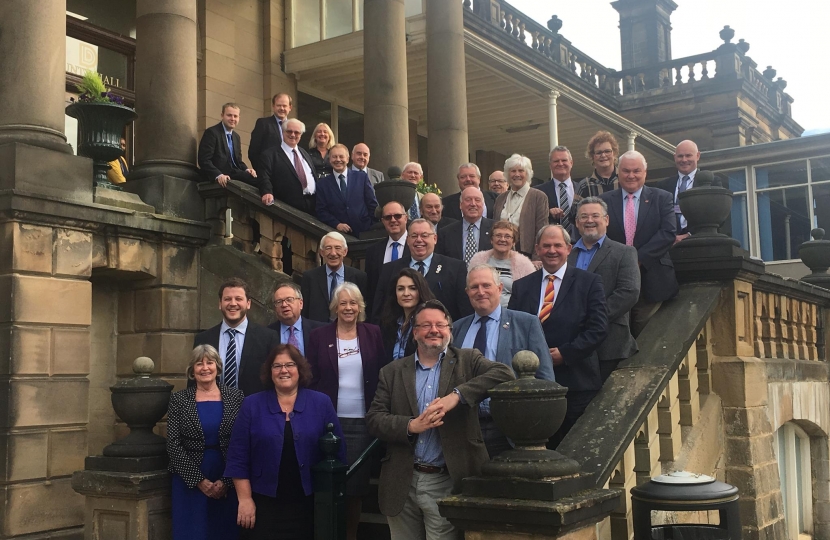 Conservatives have modernised and reformed Council services making them more efficient and effective, but we have more to do.

For decades Labour’s inefficiency cost Derbyshire council taxpayers millions of pounds which could have been spent on frontline services rather than botched redundancies and golden handshakes.

We are asking you for four more years to create a modern, fair, and even more effective County Council.

Here are just some of the things we’ve achieved since 2017:

Over the last 4 years and we have worked to rebuild critical services including putting back £30m into vital Children’s Services, cut to the bone by Labour.

We also reinstated £3.2million into public transport, which the previous Labour administration had removed in its entirety.

We invested a further £6million into highway maintenance after Labour’s appalling cuts led to a huge backlog of potholes.

We modernised how the Council worked:

Our Enterprising Council approach has scrutinised every area of Council business to give best value and ensure high quality, high performing services for our residents.

We have reformed the Council’s procurement to save millions every year by more efficient and streamlined purchasing.

We have started construction on a new £15million 40 bed care home in Ilkeston.  Reaffirming our commitment that no care home will close without replacement provision reflecting modern care needs.

Residents have seen the lowest council tax rises for many years, saving a Band-B property £57 per year and for a Band-D property saving £75.41

We also ensured that millions of pounds of business rates paid by Derbyshire-based businesses at Markham Vale that Labour allowed to go to Sheffield have been returned to the County and are invested for the benefit of Derbyshire residents.

In 2017 we delivered on a key pledge and reduced the cost of politics by 12% by reversing the massive pay-hike Labour Councillors voted for themselves.

We made further savings of £300,000 per year by streamlining senior management roles delivering a modern management structure led by the Leader and Cabinet.

In August 2019, during the Whaley Bridge and Toddbrook Dam incident we swung into action to provide residents and business support grants to help the local community recover. We repeated this for flood affected residents and businesses in later 2019, early 2020 and January 2021. Our grant schemes became the model which the Government would use in November 2019 to support flooded communities in other parts of the UK.

Invested £15million in Covid-19 recovery for Derbyshire and delivered a recovery strategy that became the model for other local authorities to follow.

We never let the grass grow under our feet and we are as passionate and ambitious now about delivering for Derbyshire residents as we were on the first day we took control in 2017.

We hope you will elect the Conservatives to run Derbyshire County Council for the next four years and the following pages sets out our vision for a better Derbyshire: