Trevor is Derbyshire born and bred. He is married to Jenny and has three children and three grandchildren.

Trevor has lived at Heanor Road, Smalley since 1987, Jenny was born at Holbrook and lived in Horsley until they were married. She is a primary school teacher and a forest school practitioner. Trevor finished working as a police officer in 2009, having completed 32 years in the Derbyshire service.

He volunteered at Smalley Richardson school for just under two years, 2 days a week, during this time he enrolled and successfully completed my Teaching assistant certificate

He sees local politics as a continuation of his time as a police officer. It is a way of being there to help people, when they need it. The subject matter is very different; however, the individuals usually have a problem that is affecting their life in a bad way. Trevor enjoys problem solving even if at times the outcomes are constrained due to policy or delayed due to the process.

Trevor has been an elected member at Amber Valley Borough Council since 2014 representing Kilburn. Holbrook and Denby and during that time has has been deputy leader and Mayor. Trevor stood as a candidate for Derbyshire County Council in 2017 and was successful, I am the deputy portfolio holder for Highways and infrastructure, he is also the Chair of the County Council.

Trevor is passionate about everything outdoors and love walking and the local countryside and further afield. This year he commenced the Welsh coastal path, it is going to take some years to complete  but he loves the challenge.

He is a member of the Kilburn Community Choir and during this lockdown I have missed the members and the singing greatly.

Jenny and Trevor have had an allotment at Horsley Woodhouse for just over a year now and have been fortunate to be able to work on it during this year, it really has made a difference. They still have a lot of work to do, but again its that challenge of getting it to work.

Trevor has noticed a massive increase locally in people walking, cycling and jogging, and feels it is important to keep this momentum going. To that end, Trevor would love to be involved and drive the access for all agenda, to ensure that anyone that wanted to exercise could do so safely. 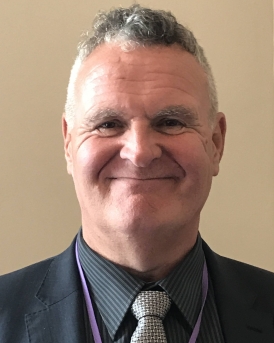