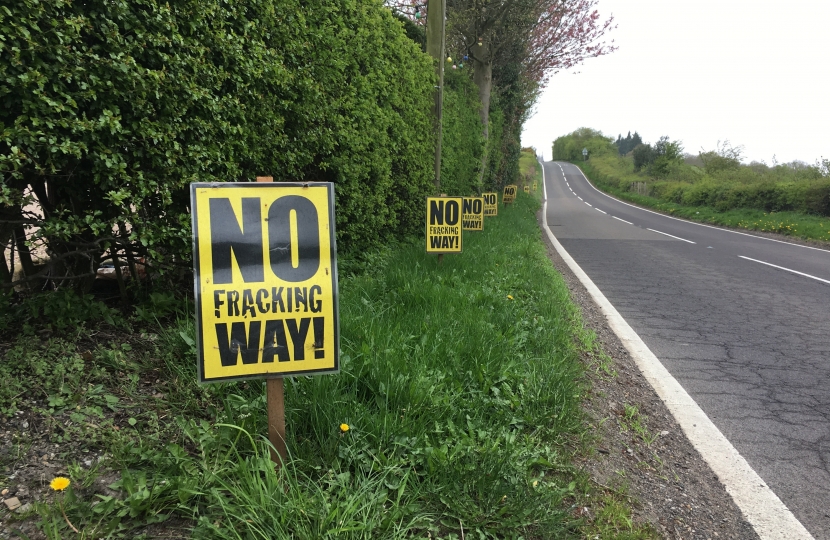 The comments come on the same day that Jeremy Corbyn is expected to visit Marsh Lane, where an exploratory drilling application for fracking was recently approved by the Planning Inspectorate on appeal.

Cllr Barry Lewis said: “Just look at Labour’s record in their approach to the planning application at Marsh Lane when they were in control of the County Council. Residents felt badly let down by their general radio silence on the issue, their decision not to insist that an Environmental Impact Assessment was required and the fact that they removed hundreds of anti-fracking posters from the highway verges in a move which led many to question whether they were on the side of our local communities at all. What’s more, they also refused our requests for information events to be held at County Hall to help residents understand some of the issues at stake.

“Compare and contrast that with our approach since taking control of the Council in May last year. From the outset we’ve been publicly critical of INEOS’ handling of this application, our planning committee voted almost unanimously to reject the application, we invested significant resources to put forward the strongest possible case against the proposals during the planning inquiry and we’ve championed local democracy by strongly resisting any attempts to streamline the planning process for fracking applications.

“In addition our local Conservative Councillors and MP in North East Derbyshire have worked tirelessly to support residents in the campaign against these proposals. They’ve distributed thousands of leaflets to raise awareness, attended countless meetings to support the local communities and spoken passionately against the plans at the committee and inquiry meetings.

“Despite all the hand-wringing today from local Labour politicians, we really do need to question Jeremy Corbyn’s commitment to ban fracking should we ever have the misfortune to have him as our Prime Minister. For a start, he’s failed to stick to key promises on brexit and student debt. How can we ever trust him to keep his promises on anything else?

“And the reality is that we know Labour’s position on fracking is far more nuanced that he suggests. Labour’s ex-MP for North East Derbyshire has been in the pay of INEOS for some time now and more recently has been appointed as a Shale Gas Commissioner with the role of promoting fracking within communities. And then there’s Labour’s new Parliamentary Candidate in North East Derbyshire, who is heavily backed by the GMB Union who are publicly known to be pro-fracking. If she really is opposed to fracking we have to ask why then isn’t she rejecting their support, returning their money and distancing herself entirely from them?”