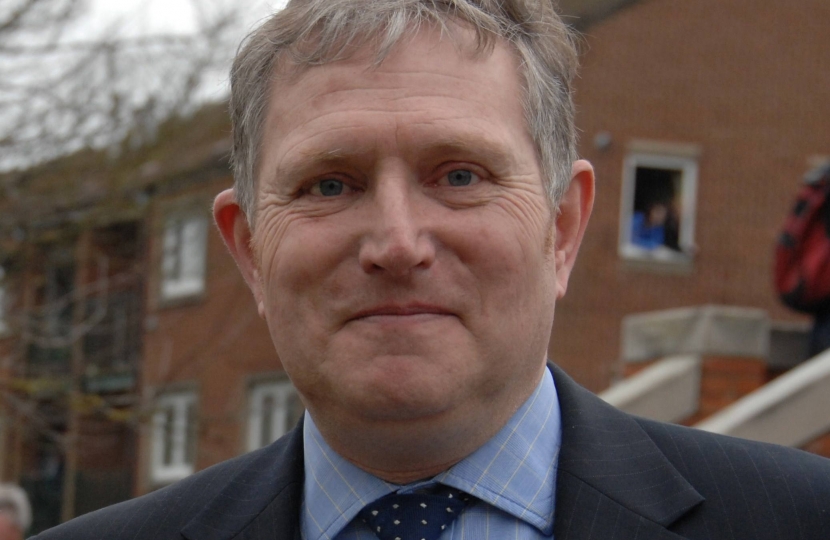 Cllr Simon Spencer has been chosen by Conservative Party members to be the Conservative candidate to be Derbyshire's Police and Crime Commissioner.

The new Commissioner, which will be decided in a County-wide election in November this year, will have widespread powers to change and improve the way policing works across the County and City.

Simon Spencer commented after his selection: "I'm thrilled to have been selected as the Conservative candidate for November's Police Commissioner election.  Being a police officer is an incredibly tough job and I want to be a Police Commissioner who bobbies on the beat across Derbyshire knows is on their side.  I pledge to work hard to crack down on crime, stop anti-social behaviour and put the public – not the criminals – at the heart of the criminal justice system.

Over the next 4 years there is a big job to do to support the local police force to carry out their job properly, to raise standards across the county and to improve accountability and efficiency.  Derbyshire needs a strong voice standing up for residents and businesses and promising to crack down hard on crime.  I want to be that voice for everyone.”

Government Chief Whip and Member of Parliament for Derbyshire Dales, Patrick McLoughlin commented: “I’ve known Simon for over 20 years.  With his experience and drive he will make an excellent police commissioner for Derbyshire.”

Simon will be hitting the ground running in his campaign to bring common sense to policing in Derbyshire. The first stop will be the Derbyshire County Show today (Sunday 25th June) where Simon will be out and about meeting people from all over the county.  Over the next few weeks he will be embarking on a listening tour across the county to hear how policing can be improved and what the Derbyshire public want from their first Police and Crime Commissioner.