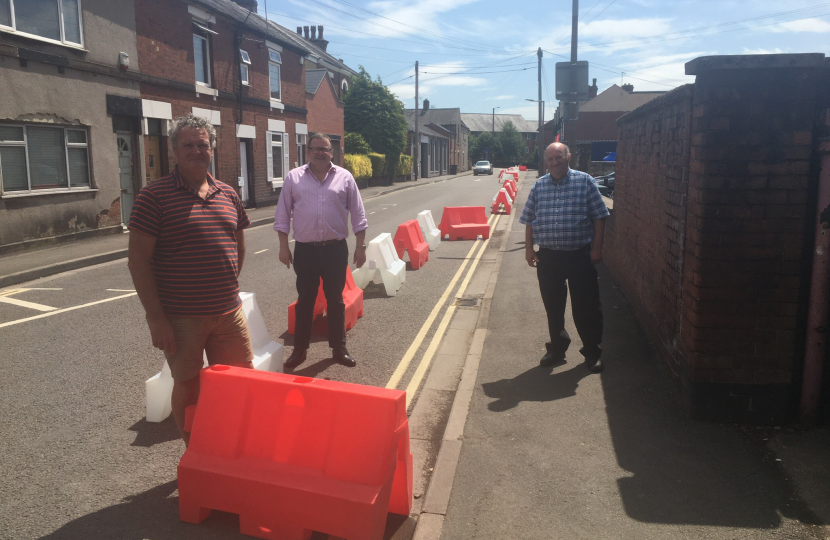 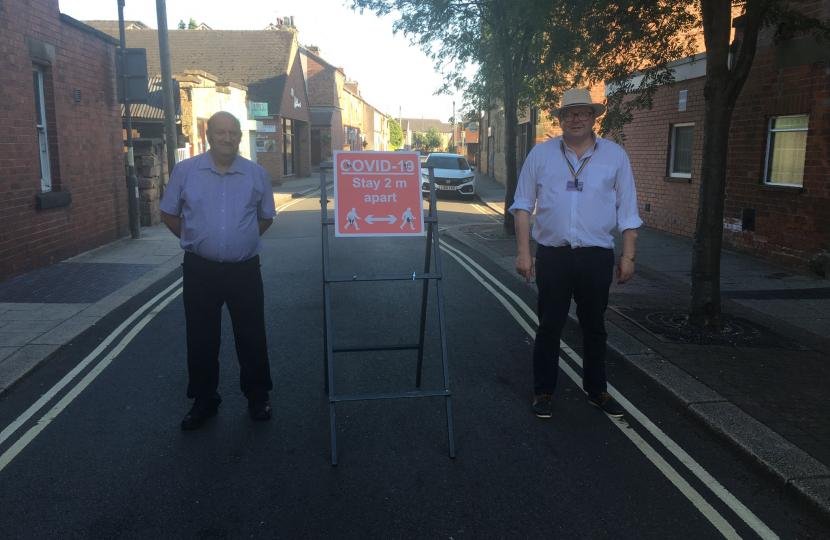 After concerns raised by residents and local businesses in Belper, County Councillors Chris Short and David Taylor worked with colleagues at Derbyshire County Council Highways to remove temporary bollards that had been placed to encourage better social distancing for Belper residents but had become problematic for users of the road.

Local councillors Chris Short and David Taylor met with Cllr Trevor Ainsworth, Cabinet Support Member for Highways to get an assessment of the bollards by Derbyshire a County Council Highways who have now had them removed.

Cllr Chris Short said “Myself and fellow councillors were contacted by numerous residents and businesses in Belper who were concerned about the affects that these bollards were having. I am grateful to the staff at Highways for listening to our concerns and removing the bollards which will be of benefit to local road users.”

It has been my pleasure to donate £1500 from my Derbyshire County Council community fund towards these marquees at Buxton Junior School. This will enable all the children to come into school to spend some time with the teachers whilst still remaining socially distant.