Derbyshire Conservatives will hold referendum on future of Chesterfield 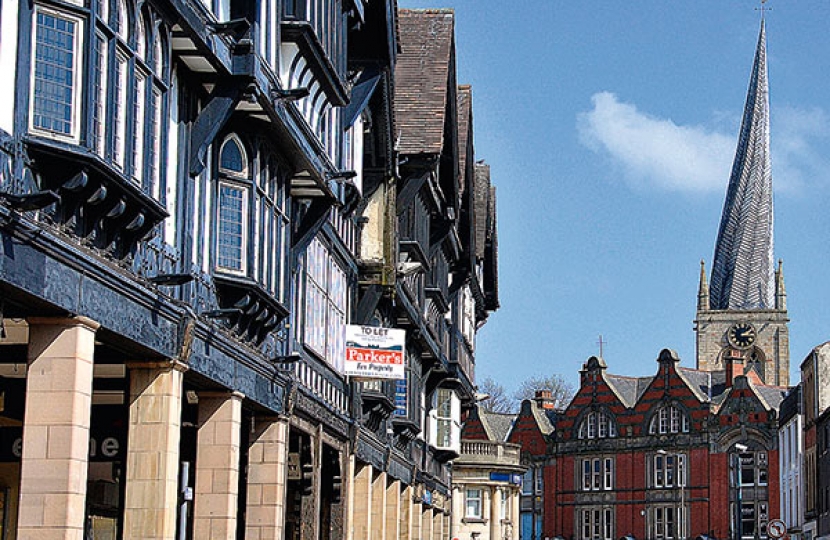 Chesterfield residents could decide their own future following a Derbyshire Conservative pledge to hold a referendum on the issue if they are elected to the county council in May.

The move follows growing uncertainty in the area over whether Chesterfield should stay with Derbyshire or join the Sheffield City Region Combined Authority with an imposed elected mayor.

"Already the Labour leaders at the County and Chesterfield Borough councils - Anne Western and Jon Burrows - have come to blows in a costly legal fight and still there is no outcome.

"It's time to put the question mark hanging over Chesterfield's future to bed. And it is right that Chesterfield residents should have a proper say on the issue. If elected in three weeks time, a Conservative-controlled County Council will hold a referendum - and urge Chesterfield Borough Council to accept the outcome."

Councillor Lewis added: "A referendum would allow local Chesterfield residents to decide whether they want to be part of a large South Yorkshire Metropolitan area that has little in common with the place they live or to remain part of a unified Derbyshire - which is their real home.

“I ask that - should we be successful on 4 May - Cllr Burrows lets the people decide and that Chesterfield Borough Council will accept result. Only this will provide absolute certainty to the people of Chesterfield on this important question.”

"I’ve said for some time that Chesterfield needs a referendum on this question.  Many people have been in touch with me and countless others on the doorstep have said they don’t want to be forced down the Sheffield City Region route.

“Labour politicians have been bitterly divided on this in Derbyshire and I’m glad it is the Conservatives who are showing real leadership and - if elected in to Derbyshire County Council in May - will sort it out.”

Surveys carried out by John have revealed that 84% of residents are opposed to the Labour and Liberal Democrat plans for Chesterfield to join the SCR mayoralty.

And 90% agreed with John Boult that the final decision should be put to a local referendum.