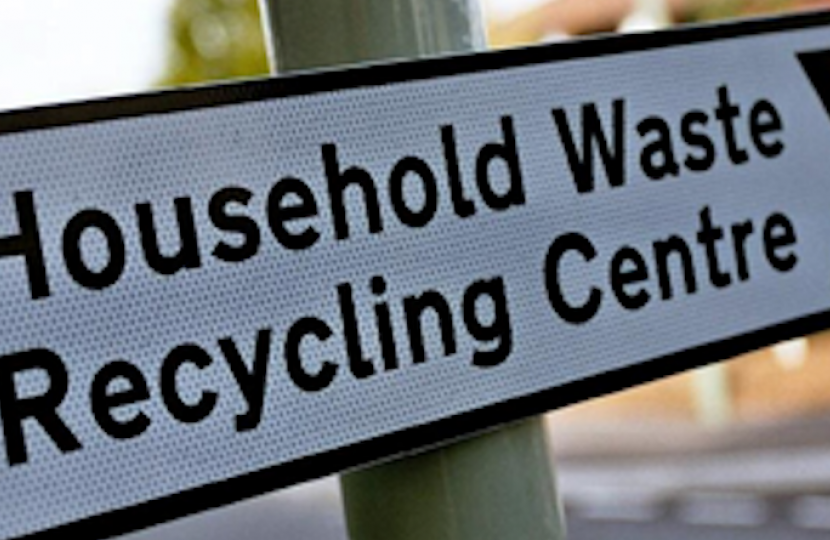 Secret plans by Labour to close three household waste recycling centres before they were booted out of County Hall last May have been revealed by Derbyshire Conservatives.

Speaking in a meeting of the now-Conservative County Council’s ruling Cabinet, Council Leader, Cllr Barry Lewis, slammed the previous Labour administration for considering shutting down the waste tips relied upon by so many Derbyshire residents.

He said that a secret report suggesting the closure of three tips in the County had been put together when Labour were still in power at County Hall, but, fortunately for Derbyshire residents, it had not yet been implemented by the time of the Council elections in May 2017.

Cllr Lewis also declared that the Conservatives had officially “binned” the proposals and would not close any recycling centres while they were in charge at County Hall.

Commenting, Cllr Lewis said: “When we were elected to power in May, our first action as a new Conservative administration was to scrap Labour’s controversial tip charges. But that was just the tip of the iceberg. It now transpires that Labour were secretly considering the closure of three waste recycling centres, with Glossop, Chesterfield, Bolsover, Loscoe and Bretby sites potentially in the firing line.

“Our confirmation today that we will not be closing any tips while we are in control of the County Council highlights the huge contrast between the Conservatives and Labour in Derbyshire.

“Whilst Labour just want to slash frontline services that local people depend on to score petty political points against the government; we Conservatives are rolling up our sleeves and getting on with the job of delivering the things that are really important to the people of Derbyshire.”