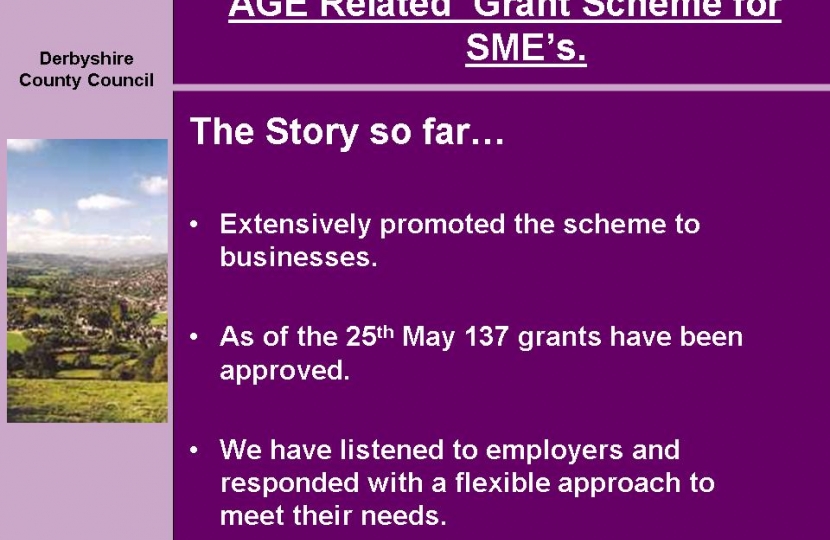 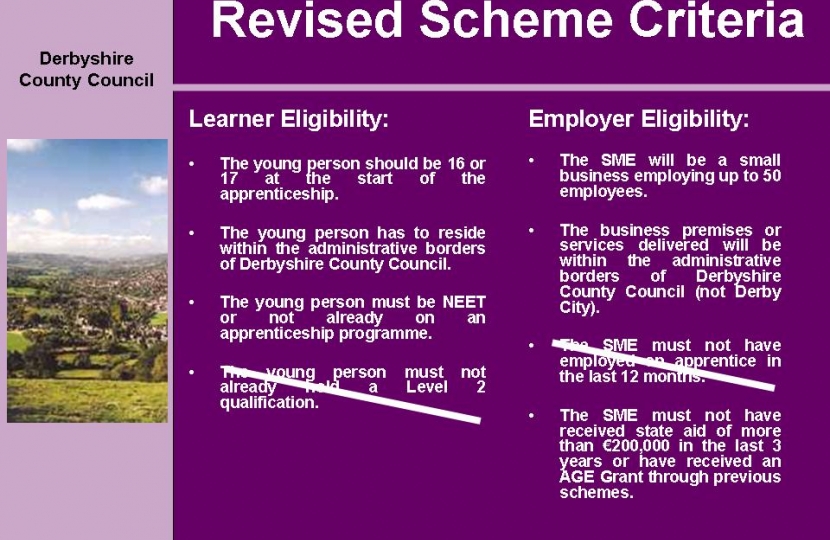 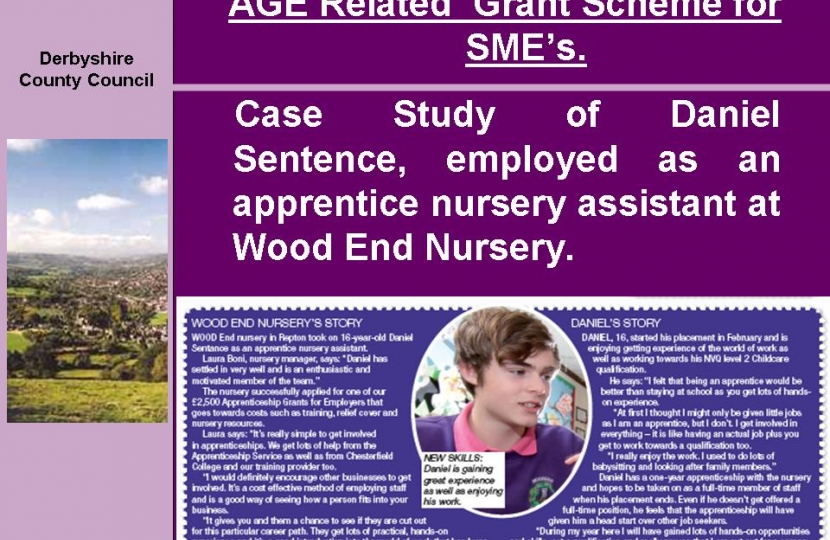 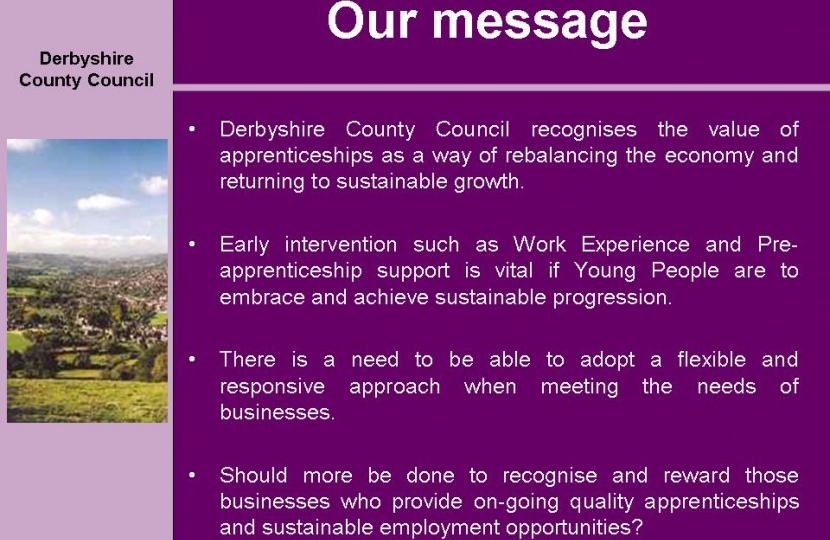 Councillor Kevin Parkinson, Cabinet Member for Economic Regeneration outlined how the council's support provided for Derbyshire SME's is helping Young People grow, and how through our 'One in a Million' procurement initiative, for every £1million spent on council services how these are converted voluntarily by our larger suppliers into a new apprenticeship opportunity.

Experts attending the conference from the skills sector applauded Derbyshire Conservatives for their vision and leadership, during the 'Putting Theory into Practice' section of the conference.

Our drive to create 700 apprenticeships has earned acclaim at a leading national conference.

We're creating the placements over the next four years − 500 within the authority and 200 in private industry.

Councillor Kevin Parkinson, Cabinet Member for Regeneration, was invited to make a presentation about Derbyshire's success during The Future of Apprenticeships conference in Westminster yesterday (May 29).

"Having started my own working life as an apprentice I really appreciate their value and being invited to speak at the conference was one of the highlights of my professional career.

"Our scheme which offers small businesses financial support to take on an apprentice has been very successful and other councils are now looking to replicate it.

"We're committed to giving the county's young people the best start in life and supporting businesses to grow and our apprenticeship scheme is a prime example of that."

The scheme was launched in January and 137 grants have already been approved.

Councillor Parkinson also told the conference about the 500 apprenticeships which are being created within the authority. The first round of apprenticeship positions − in road working, business administration and customer service − are currently being recruited to. A second wave will be advertised soon to start in September.

The county council also won praise for its 'One in a Million' initiative, where it encourages its suppliers to create one apprenticeship position for every £1million of county council business.

"This is another strand of our efforts to create opportunities for young people and to grow the local economy and I'm grateful to our suppliers who are voluntarily backing the initiative." Councillor Parkinson added: