Conservatives push ahead with investigations into potential for Ashbourne by-pass 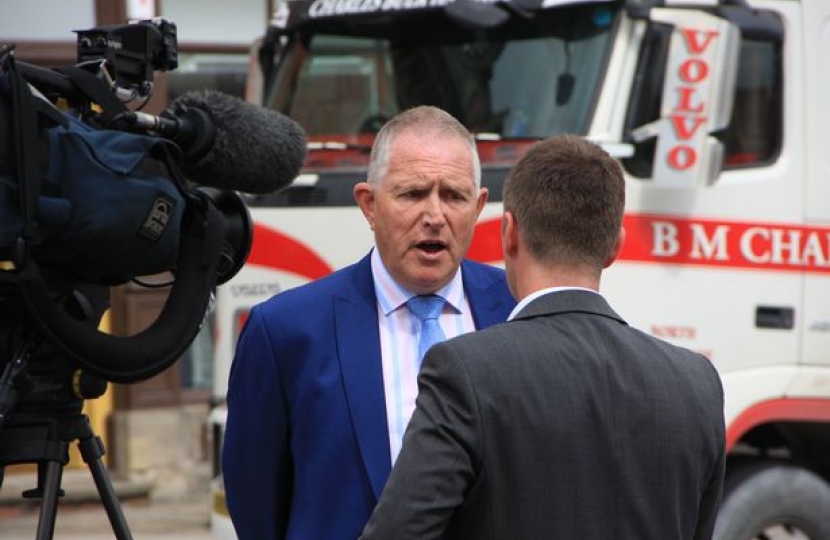 Derbyshire Conservatives are delighted to announce that early investigation work is to be carried out into the possibility of a new Ashbourne by-pass.

The principle of a north-south by-pass has been on the table for a number of years but a lack of funding has stopped it progressing.

The County Council's ruling Conservative Cabinet today gave the go-ahead for the project for the historic market town to be revived. Evidence into the feasibility of a by-pass will now be collected and local businesses and other stakeholders consulted.

The Cabinet Member for Highways, Transport and Infrastructure and local member for Ashbourne, Councillor Simon Spencer, said: "There is no doubt that Ashbourne and surrounding areas would benefit greatly from a bypass.

"The town is a major visitor attraction and a gateway to the Peak District National Park. A key issue is that the A515 carries a substantial amount of traffic, including large numbers of lorries carrying minerals from some of the county's major quarries.

"Significant traffic congestion occurs in Ashbourne throughout the year as a result of visitor pressure and road freight. This congestion is detrimental to businesses. Put simply, the road network within and around the town is not suited to today's traffic."

Work to identify possible routes would still need to be carried out and how the potential project could be funded explored. Options for other solutions to the traffic problems in Ashbourne, other than a by-pass, will also be considered.

Councillor Spencer added: "It is very early days and a lot of work still needs to be done before plans could be progressed further. But I am pleased that a by-pass for Ashbourne is again being considered to relieve the town of through-traffic and heavy vehicles and make it a more suitable route for visitors."

This initial work will form the basis of a report outlining the next steps for a by-pass to be considered by Cabinet later this year.

Pictured: Cllr Simon Spencer being interview for a television interview on the investigations into the feasibility of an Ashbourne by-pass